The "Eight Countries/Eight Races in 100 Days" project has been completed. Time to share some of the results.

As had been planned, I finished 8 races in 8 countries. My running mileage during the three months of the journey was 105K, 143K, 111K, which implies weekly mileage of less than 30K (19 miles). This seems low, but it allowed my body to have enough capacity to withstand all kinds of stress while moving to new environment nearly each week. 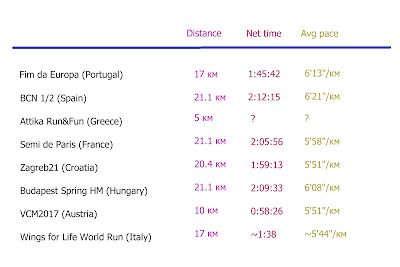 I started the 8/100 journey with HbA1c at 6.9%, it went down to 6.4% (tested in Seville) and went back to 6.8% (tested right after the journey). It seems that a traveller's way of life has not affected the diabetes flow adveresly (if consider HbA1c only). However, there was an adverse effect on BG variability (but this is subjective, don't have any figures as a proof). My belief stays were it was - one can live a life of his or her choice while keeping the D under control. 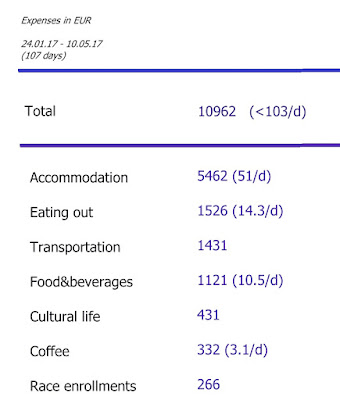 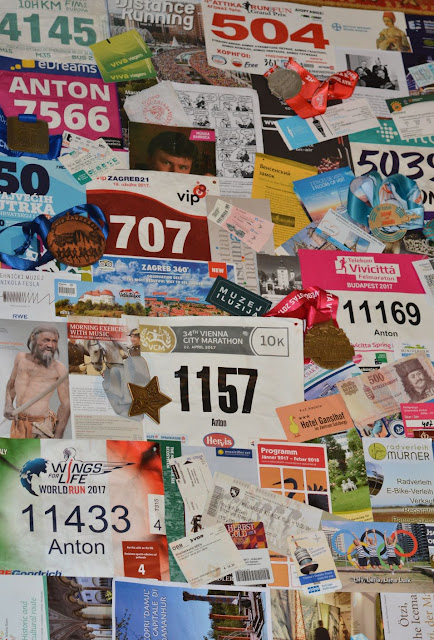 Big thanks to Glucocard for complete supply of test-strips for my glucometer, and to PowerUp for supply of carbo-gels for my training and racing!
Posted by Runner Tony at 06:22