Fim da Europa kit collection point was close to Sintra, so I took a chance to see some of its medieval castles. The weather was not good, foggy and rainy. However, I've managed to take a few pictures...


1. The road up is surrounded by Portuguese artworks. This one sort of hints at the following energy-consuming way. 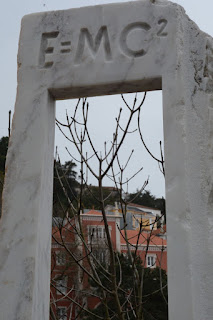 2. The weather is rainy. 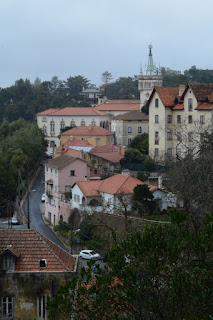 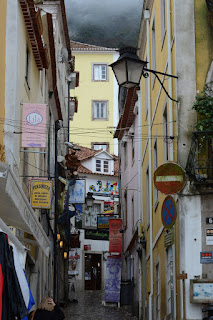 4. Only the graffitti inspires youthful optimism. 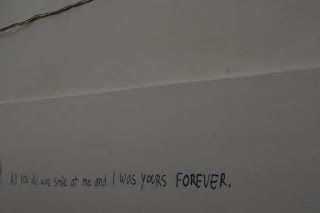 5. The place is already in preparation for the run. Interestingly, they are going to close the road for an hour only. Should run fast )) 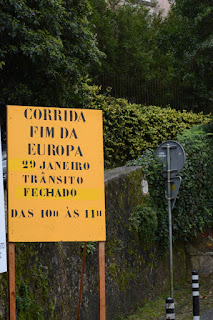 6. Part of the race course. 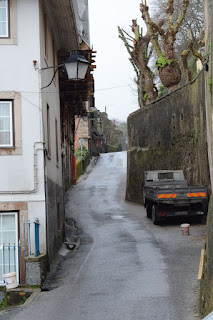 7. Palace of Pena is more picturesque, Moorish Castle is more brutal. However, the latter gives a good view at the first, which makes it an easy choice. 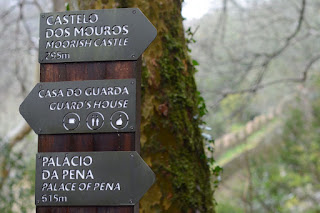 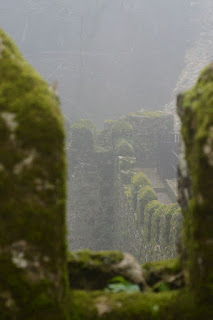 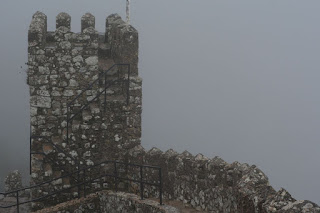 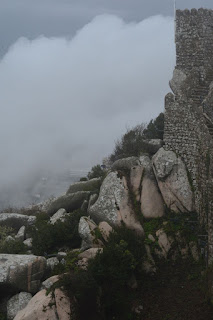 11. Medieval castles were built so that they could not be easily conquered. Modern turists can feel it going up the hills. 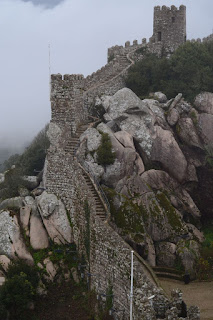 12. The fog seems to be dissipating. 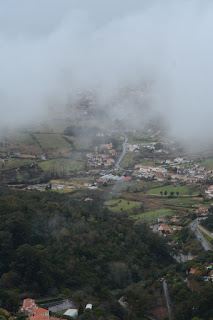 13. Sintra is already seen down below. 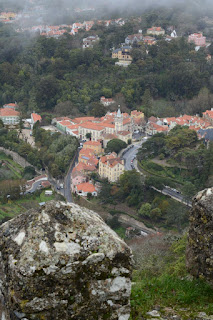 14. The museum of natural history looks like a toy from the top of the mountain. 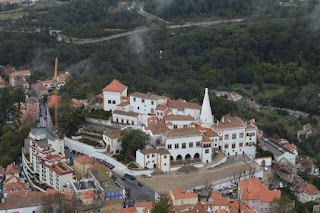 15. Now the Palace of Pena is emerging out of the fog. Despite its perfectly strategic location,the palace is not actually medieval. It was buit in the XIXth century. 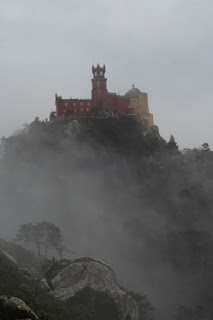 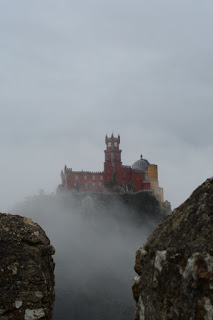 17. I can only imagine how beautiful it looks on a sunny day. 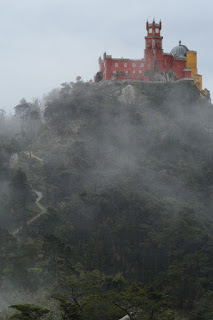 18. The fog soon returned, and I had to cut my photo-session. 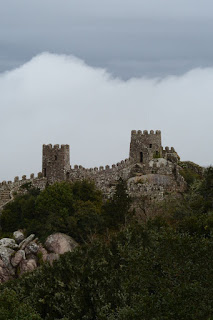 The next one is planned to be from Fim da Europa race. Same place, different point of view. Don't miss it!
Posted by Runner Tony at 06:28